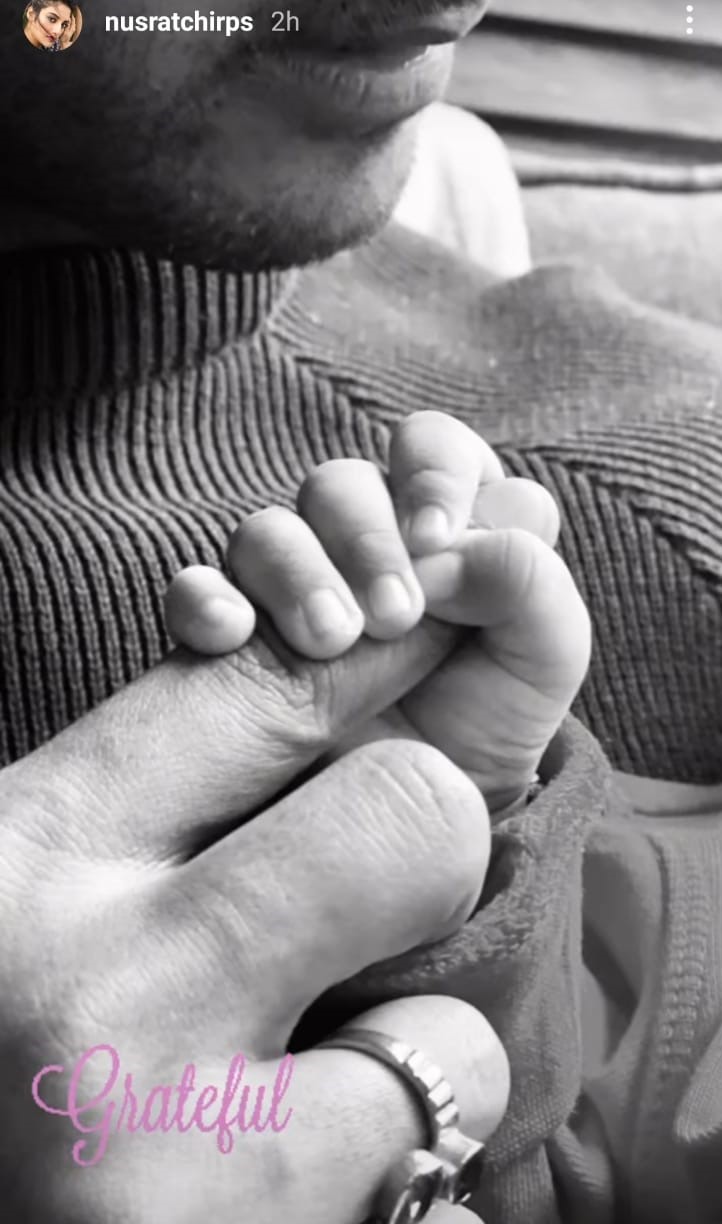 In the picture posted by Nusrat on Sunday, she didn’t reveal Yishaan’s face and only a portion of Yash’s face was visible in the photo, as the little one held his finger. Nusrat captioned the picture shared on her Instagram stories, “Grateful.”

In August, when Nusrat was discharged from the Bhagirathi Neotia Hospital, Kolkata after welcoming her baby, Yash carried the newborn to the car. Yash had also shared an update with fans and well-wishers about her. “For those who have been enquiring about Nusrat’s health, the mother and child are healthy and doing well,” he had said.

When Yishaan was born, Nusrat was asked who the father was. At that time she told NDTV, “I think that’s a vague question to ask and puts a black spot on somebody’s character as a woman, who the father is. The father knows who the father is and we are having great parenthood together at the moment. Myself and Yash, we are having a good time.” She also added that motherhood ‘feels great’. “It’s a new life, it feels like a new beginning,” she said.

Read More: Nusrat Jahan gives glimpse into her ‘new mommy life’ with pic clicked by ‘Daddy’, has message for her critics

Nusrat and Yash both work in the Bengali film industry. The duo has also worked together in a few movies. Nusrat gave birth to Yishaan on August 26.

In 2019, Nusrat tied the knot with businessman Nikhil Jain in Turkey. However, in June, she said their marriage was invalid under Indian laws and it could only be considered a live-in relationship. Nusrat also accused Nikhil of misappropriating her funds, even after they got separated. He denied the allegations of money laundering and called them ‘baseless, derogatory and devoid of truth’.